Executive director Jacob Hayler said “Since we first launched ‘Take Charge‘ in 2020, the number of battery fires at recycling and waste facilities unfortunately seems to have risen considerably, and is affecting all operators in the sector – not helped by the tinder-dry conditions caused by the heatwave this summer.”

With previous research finding that 200 waste fires a year in the UK were started by batteries, at a cost of more than £150m a year, reports received by the ESA suggest this number could be three times as high.

“We encourage people to ‘Take Charge’ and correctly recycle batteries and electronic devices in specialist recycling services,” said Mark Andrews, National Fire Chiefs Council waste fire lead. “This could significantly reduce the increasing number of challenging fires that fire and rescue services have to deal with. These can often be large-scale incidents which disrupt local communities and pose a risk to life, but they can be prevented.”

High-profile waste fires this month have included a week-long blaze at Kiveton Park near Rotherham, while a battery fire caught on film at a Bristol recycling plant went viral.

“We urge everyone to please recycle batteries and electronic devices responsibly and help us stop waste batteries from becoming zombies,” added Andrews.

The campaign, relaunched with a Halloween theme, will provide a wide range of visual content to raise awareness of the threat posed by the rise in waste batteries, which can ignite or explode when punctured.

Stephanie Housty, marketing and sustainability manager at Ecosurety, which has partnered with the ESA for the campaign, said: “Most citizens want to do their bit and recycle, but often need guidance to do it properly, especially for batteries and small WEEE with embedded batteries.”

The ‘Take Charge’ website advises people where they can take their waste batteries and WEEE devices to be recycled safely. 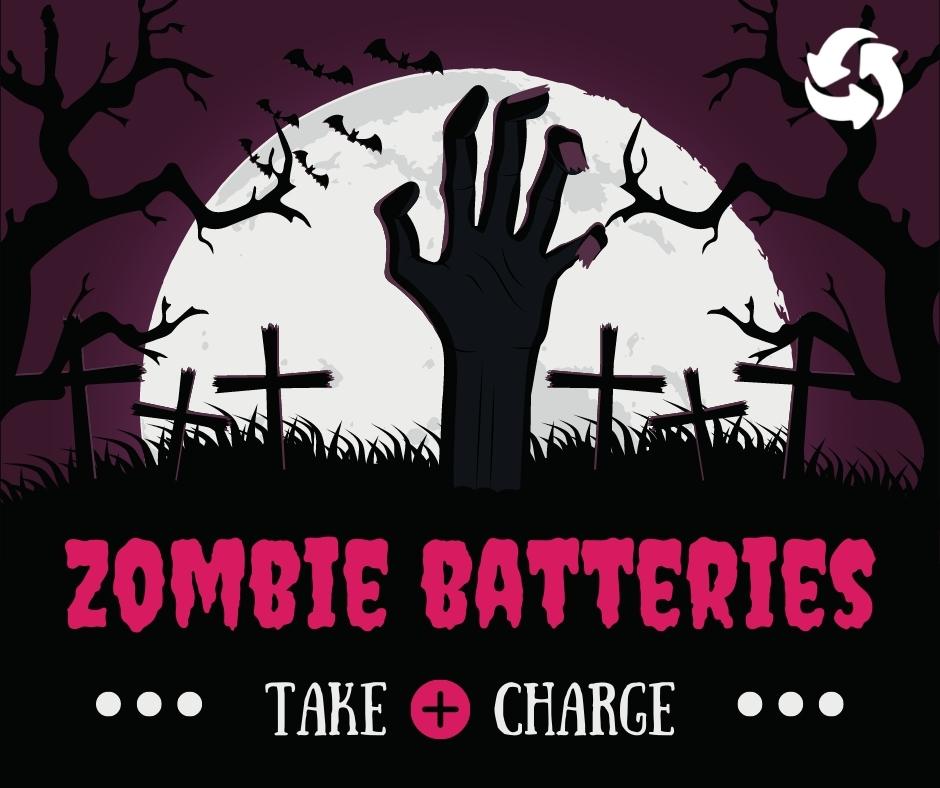